What is the purpose of bail?

What is the purpose of bail?

What is the Point of Bail?

Bail is an amount of money that is paid by a defendant in exchange for their release from custody pending a trial. The purpose of bail is to ensure that a defendant returns for future court appearances. Many criminal cases in New Jersey will involve a defendant being ordered to post bail.

There are some cases where a judge may decide that a defendant can be released from custody without posting bail. Defendants may be released on their own recognizance if they have strong ties to the community, steady employment or important family responsibilities that would prevent them from fleeing the area.

In other cases, a judge may deny a defendant bail or release on personal recognizance because the defendant is considered a flight risk.

Facing charges? Contact us to schedule your free consultation.

How is Bail Determined? 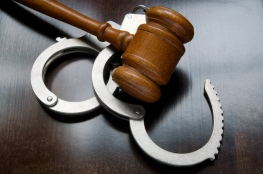 Bail is typically used in criminal proceedings, but bail may also be ordered in civil cases. In civil cases, the amount of bail that is set usually relates to the amount of damages that a plaintiff may be awarded if they win the case.

The Eighth Amendment of the U.S. Constitution forbids excessive bail, but a judge is not obligated to give a defendant the option of posting bail.

A criminal defense attorney may be able to advocate for a defendant before a judge makes a decision about bail. An attorney may negotiate for a lower bail amount or argue that a defendant should be released on personal recognizance. If there is a chance that a judge may deny a person bail, an attorney's job could be to convince the judge that the defendant is not a flight risk.