Attorney for Expungement of Criminal Records

New Jersey law allows a person, under certain circumstances, who has lived a crime free life for a number of years to apply to a judge to clear or "expunge" their criminal record. 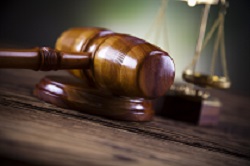 If the court grants the expungement, the agencies involved in the arrest, conviction, and imprisonment-that is, the police, the prosecutor's office, the State Police, the judicial system and the prison warden-must all isolate the offender's file and reply that they have "no record information" when asked about the offender.

The agencies must also remove rap sheets, fingerprint cards, photographs, complaints, warrants, and any other records of the arrest and conviction from their files.Our law firm is based in Bergen County. We work with clients on expungement of criminal records throughout the state of New Jersey.

Am I Likely to Receive an Expungement in Bergen County?

Expungements in New Jersey are governed by a complex multi-part statute that sets forth the eligibility requirements, the procedures to be followed, the materials that have to be supplied to the court, the exceptions and the grounds for denial.

In addition, New Jersey judges have decided numerous cases involving other people seeking expungements. These cases explain how the statute is applied. Judges refer to both the statute and the cases whenever they must decide an expungement petition.

This means that a lawyer handling an expungement application must not only be aware of the statutes but must also be aware of the case law interpreting the expungement statute. This knowledge allows the attorney to know whether someone is eligible to apply and also to anticipate and perhaps overcome problems that could stand in the way of a successful outcome.

Success in an expungement proceeding depends on the nature of the individual's prior record of arrests and convictions, how much time has passed and whether the expungement paperwork is correctly filled out and served on the right agencies.

Regardless of whether the person seeking an expungement employs a lawyer or decides to handle the application himself, his first step is to put together a list of all the times he has ever been arrested in New Jersey or any other state or federal jurisdiction. He must include everything, even charges that have been dismissed and charges that have been expunged in the past. To the extent the person can remember, the list must have the name of the police department, the date of arrest, and the name of the offense with its statute number.

Once the list is assembled, eligibility can be determined. Here are just some of the rules that apply:

Can a Prosecutor Object?

Even when the statute seems to support an expungement application, the prosecutor's office or police may make an objection. For example, the prosecutor may argue that the need for having the information available outweighs the applicant's desire to be free of the disabilities of having a record. N.J.S.A. 2C:52-14b. Or, the prosecutor may argue that the applicant's record indicates a continuing pattern of unlawful activity that should prevent an expungement from being granted. N.J.S.A. 2C:52-2a.

The court may require a hearing on the application even if there is no objection and the court may deny the expungement at that hearing. N.J.S.A. 2C:52-11 and 12. The statute is designed to favor one-time offenders, not those who regularly engage in unlawful activity, N.J.S.A. 2C:52-32, so the court must sometimes be convinced that the applicant is really worthy of expungement.

The more complicated a person's prior record, the more complex the expungement process becomes. For example, if a person has been convicted of several crimes that arose out of a spree, it may be possible to argue that the conduct amounted to one crime and is eligible for expungement.

As another example, if a person has been convicted of a narcotics offense, it may be possible to argue from the facts of the crime that he fits an exception that allows expungement. And, if the conviction arose from a plea bargain, the entire episode must be analyzed to see whether relief is possible. N.J.S.A. 2C:52-14c.

Special problems arise if the applicant is a public official or public employee. An expungement will be denied unless the court is convinced that the conviction did not touch on the applicant's employment, so a technical argument may have to be made. N.J.S.A. 2C:52-2b.

Assuming that the applicant is eligible for an expungement, he must prepare a petition that tells the court the statutes and offenses for which he was arrested and/or convicted. He must state the dates of conviction and the sentences he received. He must also create an affidavit swearing that he has no pending charges. If he is trying to expunge a criminal conviction, he must swear in that affidavit that he has never had another crime expunged anywhere in the country.

The petition and affidavits must be correctly served on the Superintendent of the State Police, the Attorney General, the county prosecutor of the county of conviction, the chief of police where the offense occurred, the police chiefs of any other jurisdictions that participated in the arrest, the warden (if applicable), and the municipal court where the disposition occurred (if applicable).

The applicant is also responsible for providing an order for the court to sign in the event expungement is granted. The applicant must ensure that the signed order is then sent to all the parties named in the petition.

In the event that you are interested in pursuing an expungement, the law firm of Brickfield and Donahue would welcome your inquiries. We have helped many people through the procedure and will advise you with care, concern and confidentiality.

If you have a question about how to clear your record, our law office can answer your questions and review your eligibility. Just send us an e-mail.