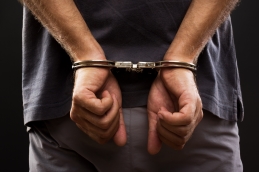 Under New Jersey law, the age of consent is 16. A person who is accused of having sex or otherwise engaging in sexual activity with a person who is under the age of 16 may be charged with statutory rape.

There are two main factors that can affect the level of charges and the associated penalties: the age of the underage person and the age difference between those involved in the act. If drugs and alcohol were involved or if a pregnancy occurred as a result, the charges may also be more severe. Depending on the charges, the penalties may include a prison sentence, treatment and the requirement that person must register as a sex offender.

People who are charged with a sex crime that involves a person under the age of consent potentially face serious consequences. However, there are certain defenses that may be used depending on the situation and the evidence against the accused person. If it cannot be proven that the act took place, the charges may be dropped. Further, an attorney may see if New Jersey's close-in-age exemption law, otherwise known as the "Romeo and Juliet law," applies to this particular situation.