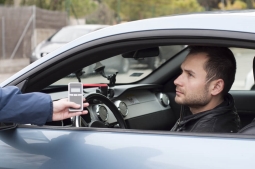 In January 2010 New Jersey enacted a new DWI/DUI law known as "Ricci's Law." The law was named after Ricci Branca, a 17 year old Egg Harbor Township teen who, while riding his bicycle, was struck and killed by a drunk driver. The driver of the vehicle that killed Ricci Branca had consumed approximately ten (10) glasses of wine at a restaurant before getting behind the wheel. The driver's blood alcohol concentration was over four (4) times the legal limit at the time that he struck and killed Ricci Branca. One of the notable changes in Ricci's Law vs. prior DWI law in New Jersey involves the installation of an ignition interlock device for certain offenders.

What is an Ignition Interlock Device?

An ignition interlock device ("IID") is similar to a breathalyzer and is designed to measure blood alcohol concentration ("BAC"). The IID is a handheld device that is connected to the ignition system of a car. In order to start the car the driver must first blow into the device. If the IID detects the BAC to be above a programmed "alcohol setpoint" (generally .05% or greater) the vehicle will not start. Ignition interlock systems not only require a test to start the engine but also generally require a test every few minutes while driving. These latter tests are called "rolling" or "running" retests. The purpose of these retests is to prevent a friend from starting the car and then allowing an impaired driver to operate the car.

When and Under What Conditions an Ignition Interlock Device Must be Installed.

Under previous New Jersey law, the court could require first time offenders to install an IID in their vehicles for six months to one year. Similarly, under the old law, the court could require repeat offenders to install an ignition interlock device in their vehicles for a period of one to three years. Under the new law, in addition to any other penalties imposed by the court, first time offenders whose BAC is 0.15 percent or higher and individuals convicted of refusing to submit to an alcotest now must install an IID in their motor vehicles for a period of not less than six months and not more than one year starting immediately after the required period of license suspension has been served. For repeat offenders the new law requires the installation of an IID for a period not less than one year and not more than three years starting immediately after any period of license suspension has been served. For the duration of the court's order, the offender is not permitted to drive any vehicle other than one in which an IID has been installed.

In most cases, unless an individual qualifies for indigent status, the individual is obligated to pay for the IID, including but not limited to a monthly leasing fee as well as costs associated with installing, monitoring, calibrating and removing the device. If the court requires the installation of an IID, the individual will receive a notice of suspension from the New Jersey Motor Vehicle Commission as well as instructions on how to obtain the IID. The Motor Vehicle Commission must also imprint a notation on the individual's driver's license which states that the person cannot operate a motor vehicle unless it is equipped with an IID. This information is also entered on the individual's driving record.

Finally, if an individual:

he or she is guilty of a disorderly persons offense (a misdemeanor). Such a criminal offense is punishable by up to six (6) months in jail and a fine of up to $1,000.00.

Keep in mind that nothing contained in this article should be considered legal advice. If you have a specific legal issue or problem, consult Paul Brickfield or Joseph Donahue today. If you have been arrested for any criminal charge in Bergen County, NJ and need professional advice, call Brickfield & Donahue at (201) 488-7707 today to set up a free case evaluation and consultation.